SUSTAINABLE RICE RESISTANCE TO THE BLAST DISEASE IN SUB-SAHARAN AFRICA 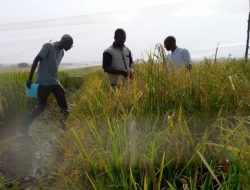 Rice demand in Sub-Saharan Africa has been on a constant rise for the last decades in relation to the rapid urbanization of our countries. Rice production mainly depends on small farmers and cannot meet the rising need of consumers. Productive rice cultivars have been produced and spread in the different production areas; however, these cultivars became very susceptible to blast disease, a devastating fungal disease. Each year, blast disease affecting rice globally causes production losses that could feed 60 million people; in Africa, these losses are sometimes higher than 60%. This project aims at providing Sub Saharan African small farmers with rice cultivars that have a sustainable resistance to the blast disease. 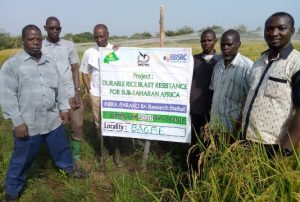 The project drew on a broadened collaboration between the project’s partners over the last four years through a funding from the Sustainable Crop Production for International Development (SCPRID) project by the British BioScience Research Council (BBSRC). During this first project, we used the knowledge on the diversity of the rice blast’s pathogen (Magnaporthe oryzae) in order to create a cultivar creation program. We therefore created new rice cultivars from the local elite cultivars that have specific resistance genes and we tested them throughout many Sub-Saharan areas.

Through this project, we will test the reliability of the resistance of these new cultivars of rice in hotspots  or sites with a high natural disease pressure; 19 sites were selected in 7 African countries, notably Kenya, Tanzania, Burundi, Burkina Faso, Ivory Coast, Rwanda and Madagascar. These sites cover different rice-growing ecologies (strictly rainfed, lowlands, irrigated). These information were used for the approval of the most productive cultivars. We are continuing to develop the pathogen monitoring program, which has been initiated as part of the BBSRC project to lead to the cultivar creation program underway in Burkina Faso, Ivory Coast and Kenya.

The specific blast resistance genes will therefore be introgressed into the elite cultivars of each country on the basis of the M. oryzae populations in these countries. Ultimately, we will conduct activities involving rice farmers for the fast adoption of cultivars created by this project and with the support and advice through plant clinics. The project will thus make it easy for the sustainable intensification of rice-growing in the relevant countries and also improve food security and the well-being of thousands of small farmers in Sub-Saharan Africa. 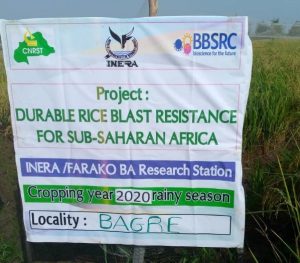 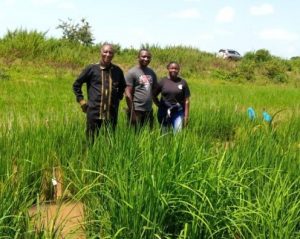 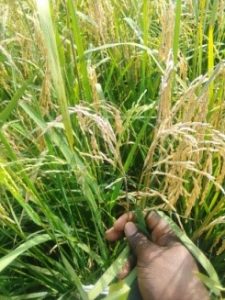 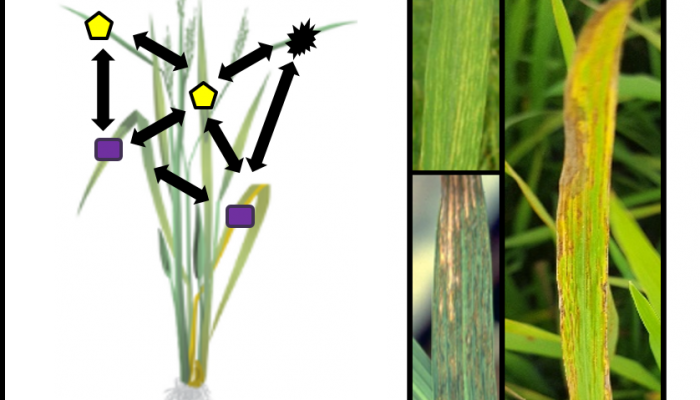 Pathogens share their host plant with many other microbes, some of which being also pathogenic. We hereafter consider as... Read More
Learn More 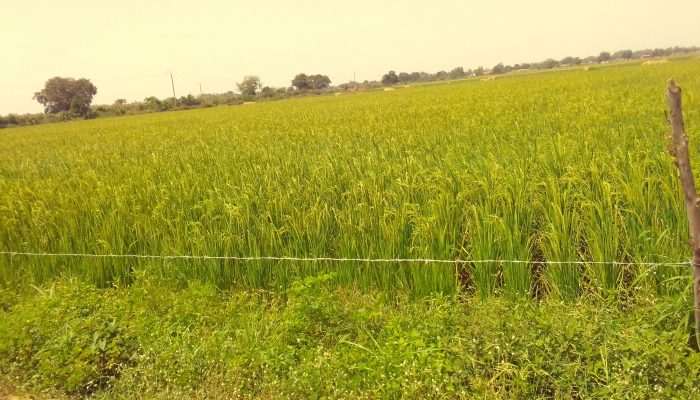 Soil micro-organisms influence plant growth, health and the efficiency of resource use, and part of this soil microbial community... Read More
Learn More 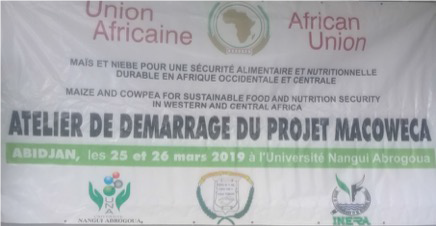 The Maize and Cowpea for sustainable food and nutrition security in Western and Central Africa (MACOWECA) project has been... Read More
Learn More
X